The lovely people over at Sudocrem sent me a tube of their new Care & Protect cream to try out on Little Monkeys bum this week.  Now if you’ve read When Nappy Rash came to stay you will know we had a tough time and now I’m a bum changing obsessive.

My poor little baby had severe nappy rash in the first few weeks of his life and it was brutal.  Nappy off time, changing his milk, upgrading his nappies and trying every barrier cream on the shelves to try and heal his poor little tush, became by life. 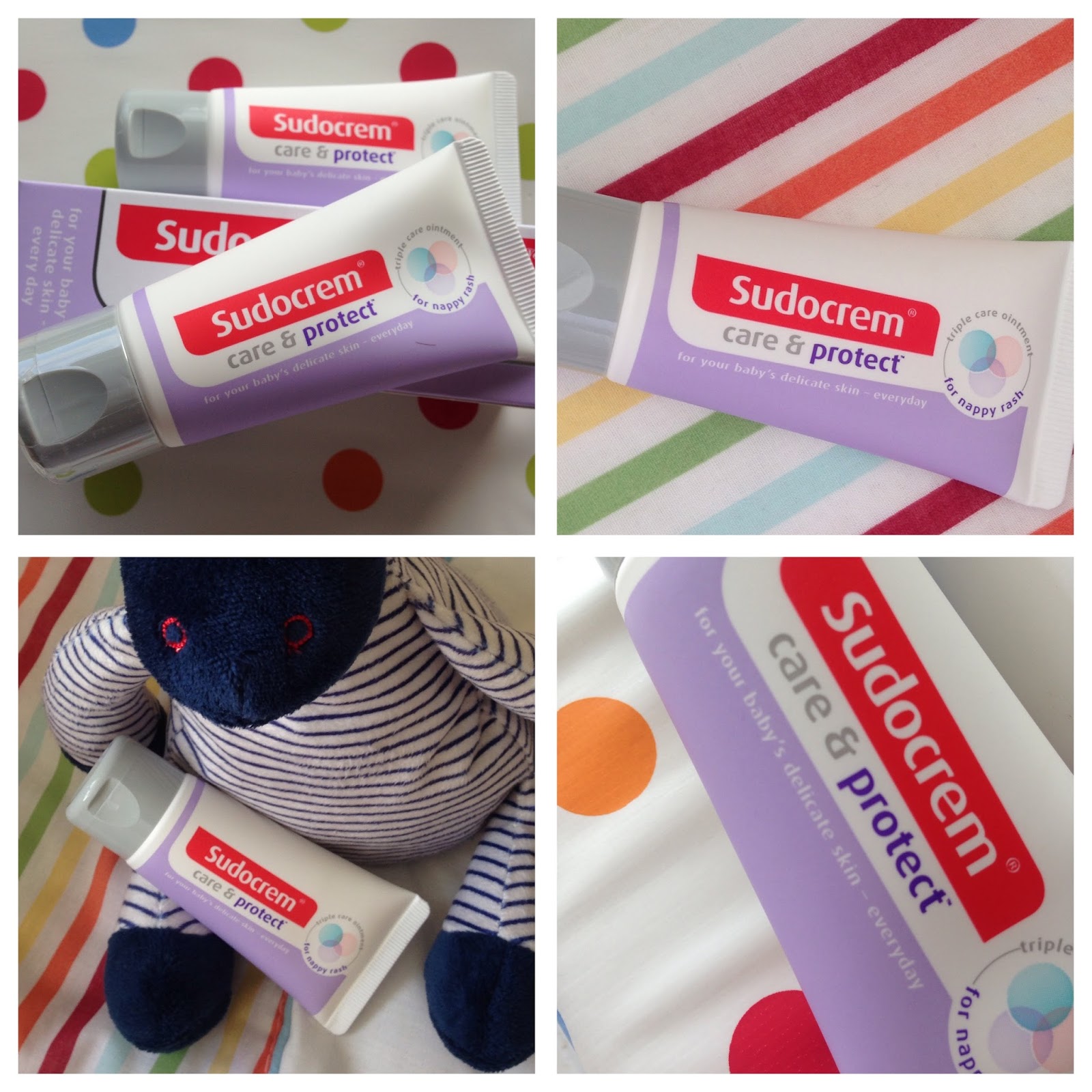 Finally after what seemed like forever, I found a routine that worked for  Henry and kicked the nappy rash goodbye. But the fear is still in me.  I still have nappy off time, his bum is excessively changed more than my friends babies and I never forget to use barrier cream.

So when Sudocrem asked me to try out their new shiny and fancy product, I was dubious.  For some reason this wasn’t one of the creams I had tried as I soon found success with Metanium.  But hey, I’m willing to give it a try, I even purchased 2 extra tubes, so all changing areas were covered.

So here’s the promotional blurb…

Sudocrem Care & Protect helps to care for your baby’s delicate skin, protecting it against the causes of nappy rash. It’s gentle yet effective and can be used daily at every nappy change even on newborn babies.

The hypoallergenic triple-care ointment is so light that it glides on to delicate skin without dragging or pulling. And because Sudocrem Care & Protect has been developed specifically for babies, all the ingredients are designed to do just one thing: protect against nappy rash.

Day one (well evening) was Friday.  I added a thin layer of the cream as instructed after Henry’s evening bath.  It felt lovely to touch, very creamy and smelt lovely.  Now I don’t know whether this was a coincidence or a miracle, but for the first time in 5 months, Henry slept right through.  Could it have been the cream? or was it the fact that it was Daddy’s night shift and Henry is a bit of a Daddy’s boy?

Whatever the reason, the next day his bum was dry, but also very soft to touch.  I was impressed.  I continued to use the cream throughout Saturday day and evening and Henry stayed dry, but lovely and soft to the creamy touch. (Henry however returned to his one wake up during the night, so I was right about him being a Daddy’s boy).

Sunday morning Henry woke a little red between his poor little cheeks.  This has been happening on and off since he started teething.  Therefore I used the Metanium Nappy Rash Ointment that morning and it returned back to normal.  I guess this is were you would usually use the Sudocrem antiseptic healing cream, unfortunately I didn’t have this in.

The slight redness cleared up quickly that day and I returned to using the Sudocrem.

Now its Tuesday and his bum is peachy perfect still.  Its dry to touch, but love how moisturised it is, due to the vitamin E and Pro Vitamin B5.  The only downside to the cream is I think its a little pricey.  I did a little competitive shop on Tesco:

However I guess you are paying that little extra for the triple action and lovely added extras such as the vitamin E and Pro Vitamin B5.  Despite the pricey element I’m hooked.  Bum changing time was always an area of dread for me, praying that his poor little bum would not be red.  However now I know its going to be dry and super creamy & healthy.  I can see why they won product of the year :o) x