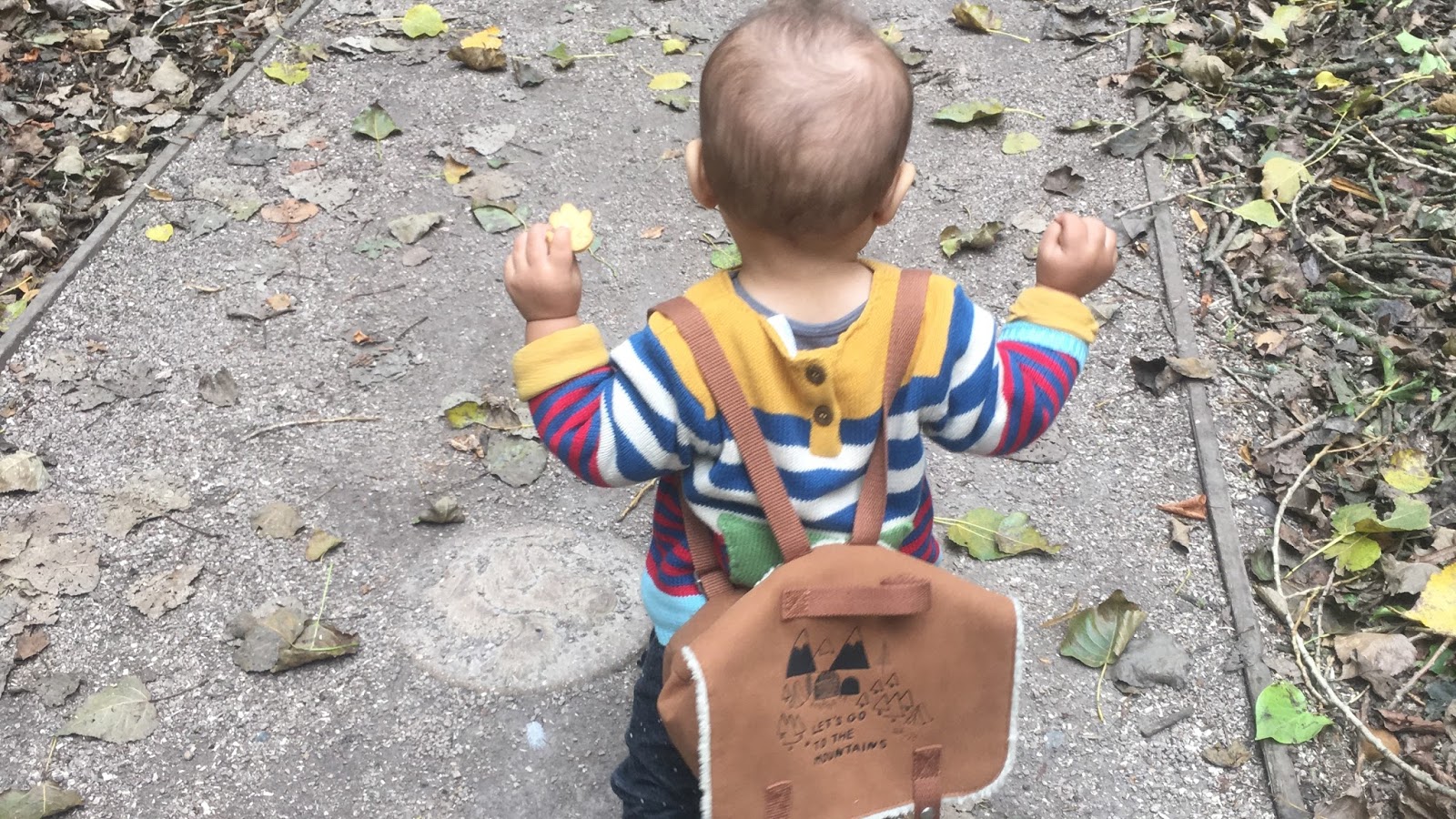 “What I mean and what I say is two different things,”

the BFG announced rather grandly.”

After yesterdays blog post revelation (go one have a nosy), this morning I woke up with a bright idea.  A beautiful autumnal, all wrapped up in a knitted jumper and super cute backpack idea.   What could Henry and I do to get out the house with his chicken pox, get some fresh air but not infect anyone?  A walk around Speke Hall Gardens of course.

Speke Hall is a Tudor framed manor house, surrounded by woodlands and beautiful gardens and a mere 10 minutes from our home (nope never been before, now kicking myself).  With the kids back at school and an odd day in the week, I thought the probability of seeing other toddlers running about would be rare, perfect for my little pox. 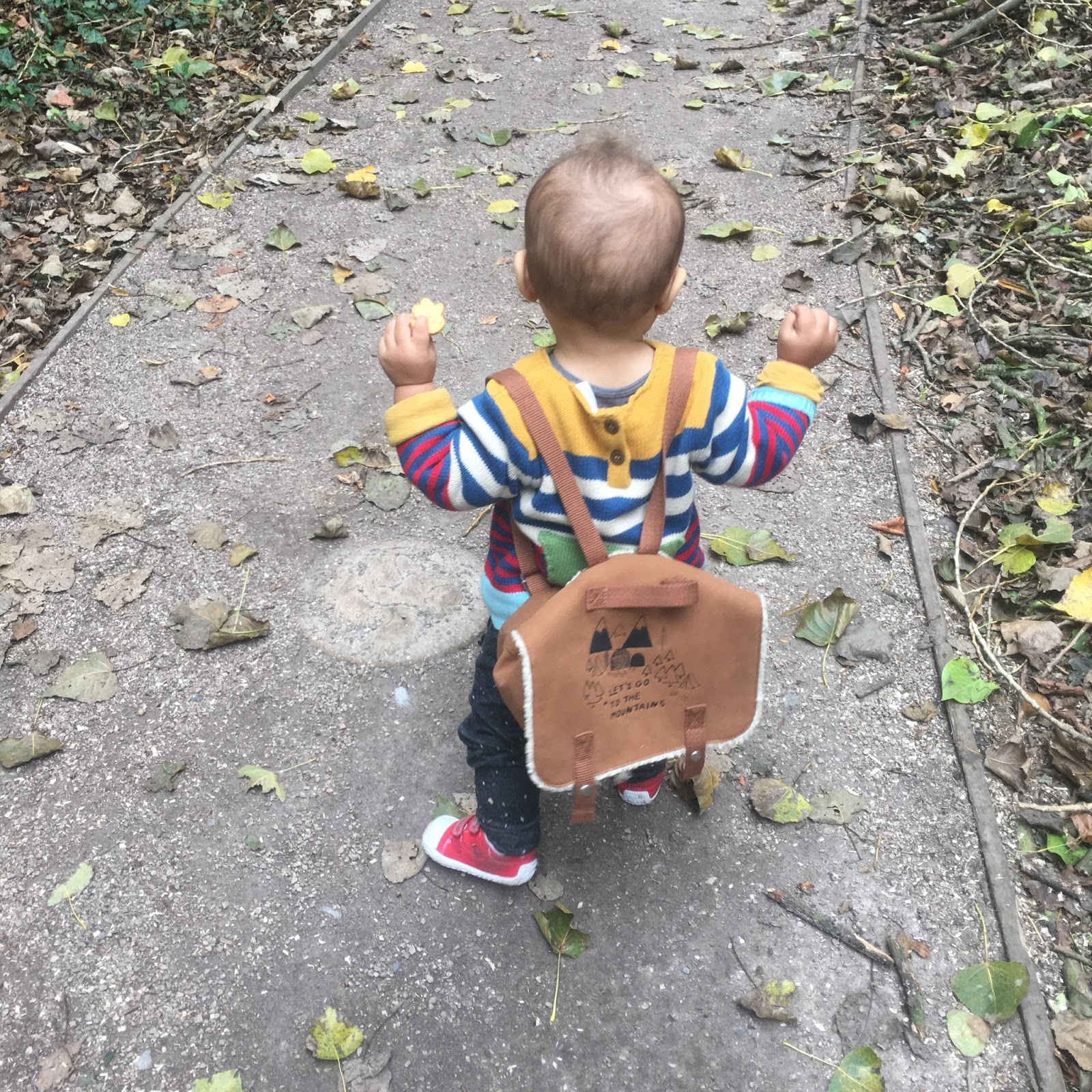 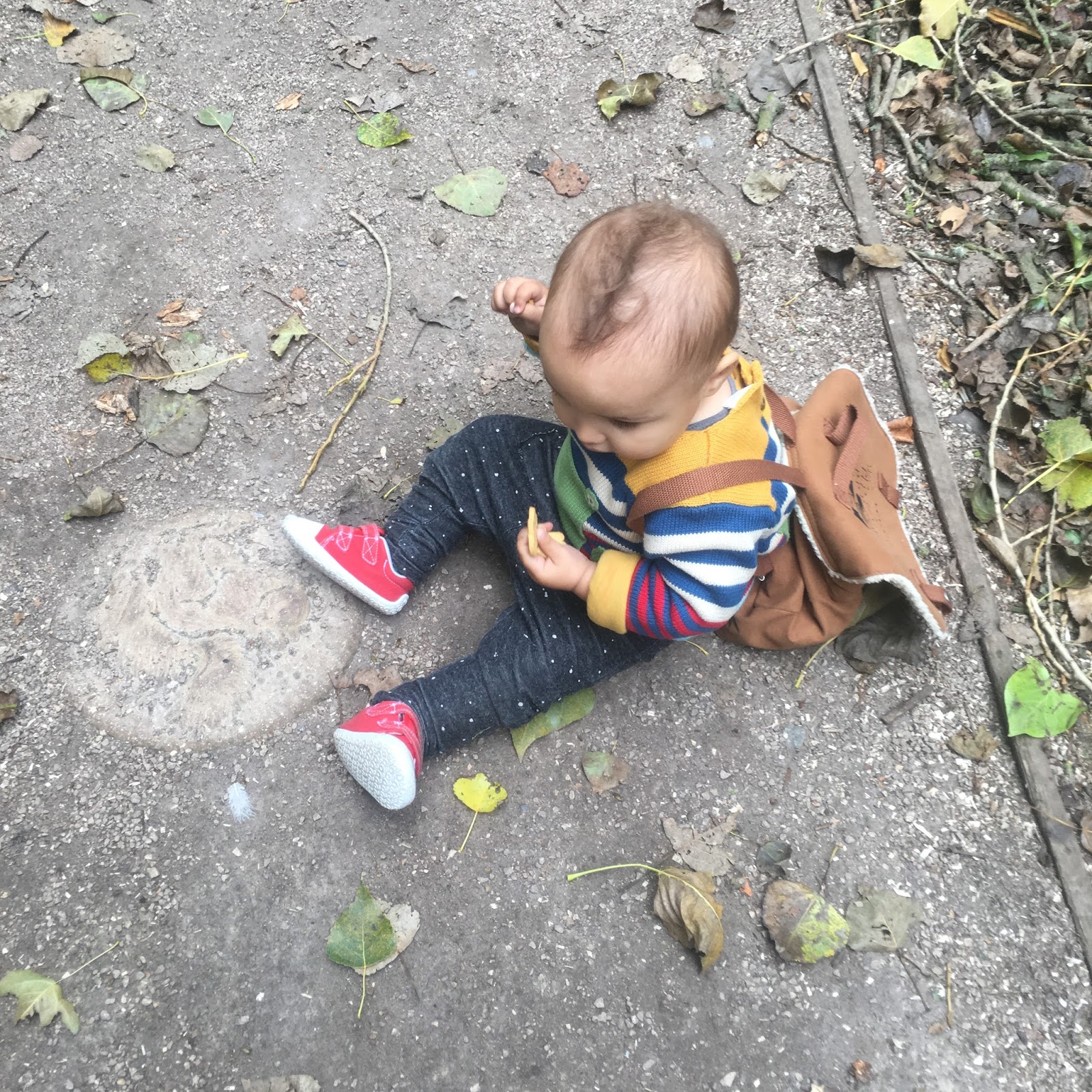 Annoyingly Speke Hall doesn’t open to the public (except tours) until 11am, which is Henry’s nap time.  But undeterred I packed him in the car 15min before opening with a bag of cheese biscuits and sang my heart out keeping him awake.  All together now “there were 5 little monkey’s jumping on the bed…”

The drive into the grounds is beautiful and with the leaves turning as we move into autumn, it looked super pretty.  We could see the stunning house in the distance and for a moment I pretended we were on our way to afternoon tea with the establishment.  Off with their heads…

We parked easily and close to the entrance and Henry was still awake.  Hurray.  Feeling rather pleased for myself I opened the boot with a flourish to realise I had forgotten the pram.  EPIC FAIL.  To drive home again would mean Henry would be asleep and with rain due in the afternoon, I knew this was our only moment.  I bet Anne Boleyn never had pram problems.  Sorry no more Henry VIII references I promise.

So wearing his new shoes and trying out his Bambi legs, Henry clutched my hand and I clutched all the baby stuff, as we made our way in.  3 tantrums, sweaty lip and a hot sweat later, we were finally in.  Henry received free admittance, which after the way he acted at the till, he is a very very lucky tot. 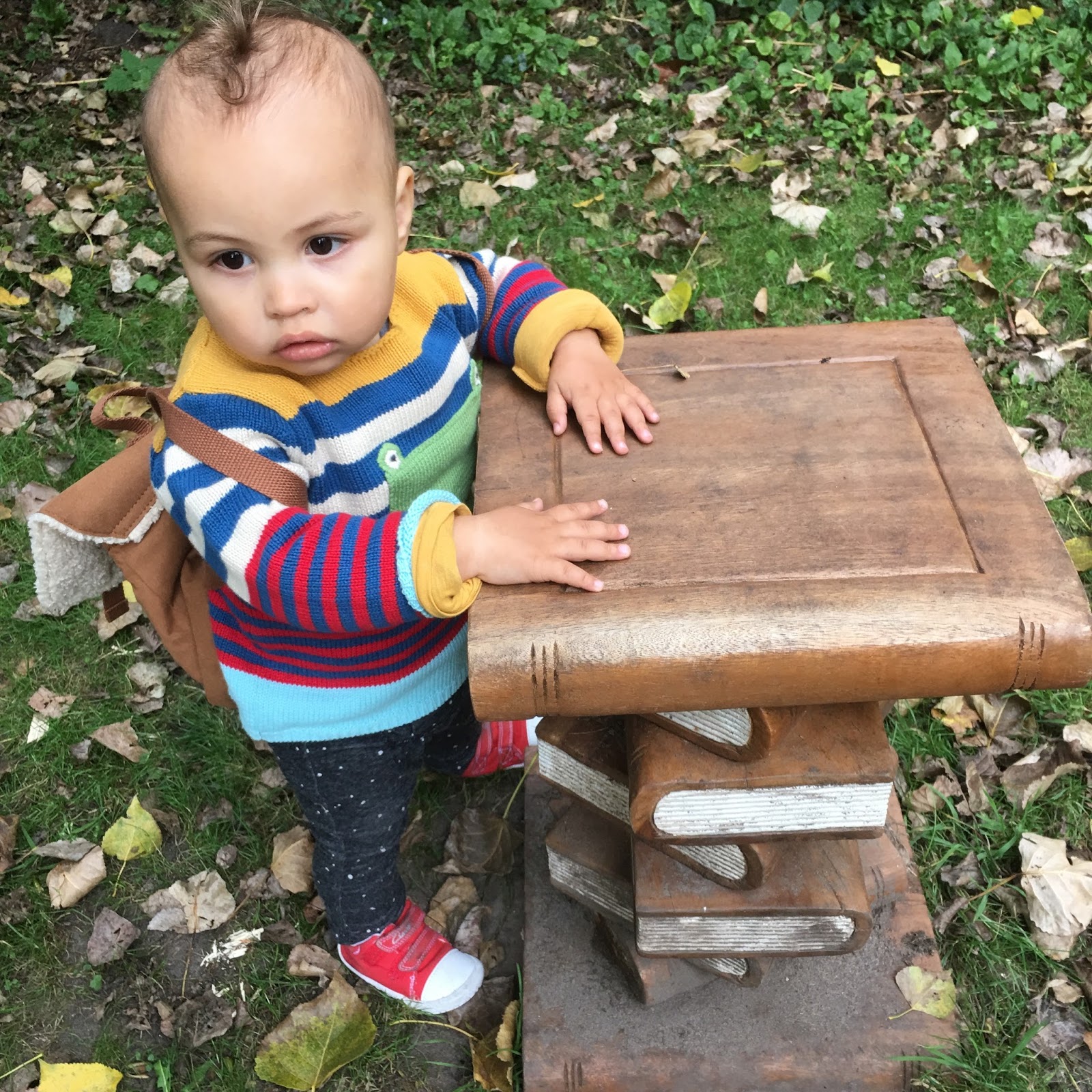 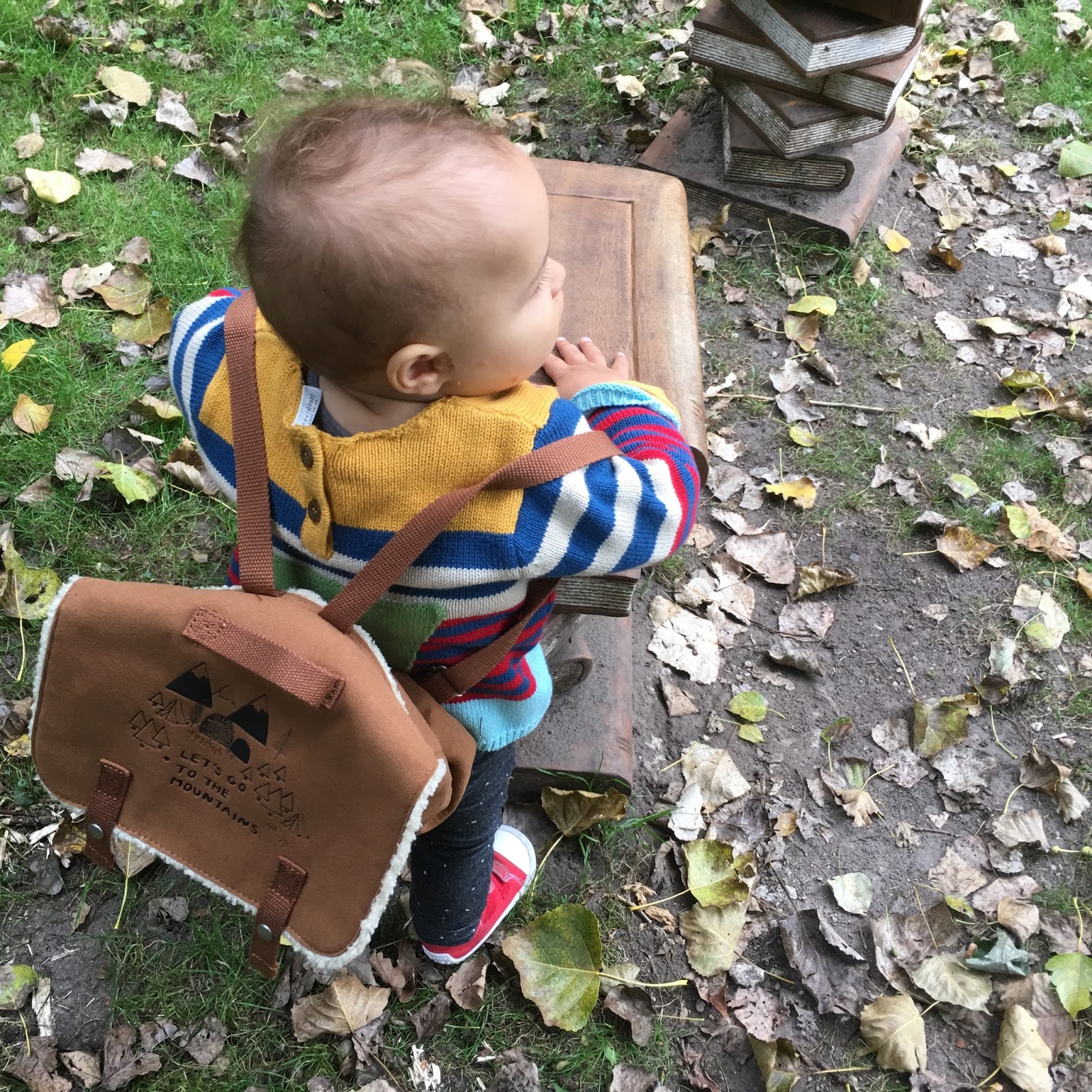 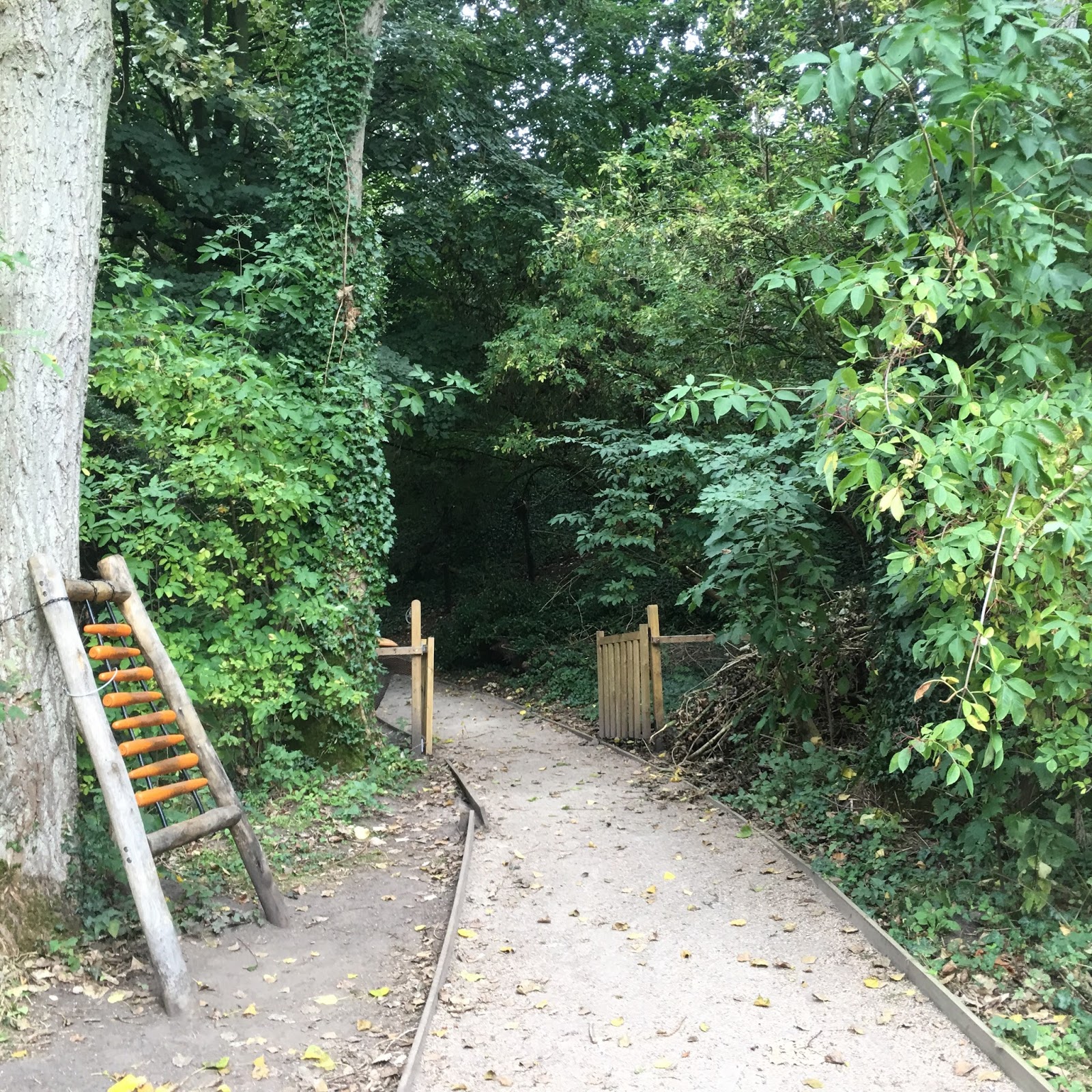 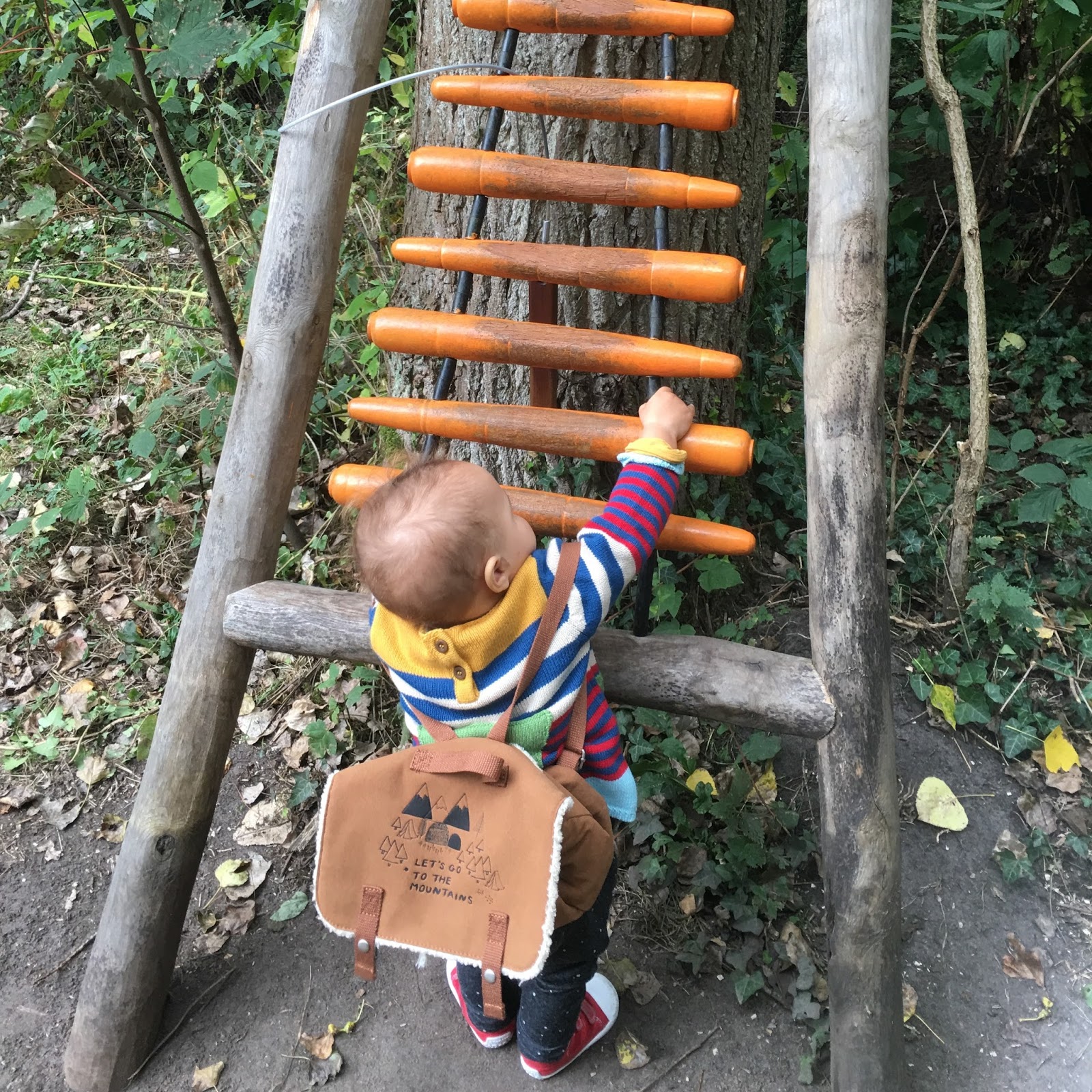 True to plan there were only a handful of children about and mostly were tied to prams (lucky sods) so Henry had free reign to explore.  He loved toddling along being independent for all of 10 minutes, before another tantrum.  He was trying to climb up a musical instrument, to be fair to him, it did look like a rather fetching scandi ladder.  After dragging him up from the floor and threatening to “go home and colour in again” I chucked him over my shoulders to continue our little adventure.

Oh can we just take a moment to appreciate his look today?  Little stripe jumper with knitted dinosaur is from Next.  Lets go the Mountains rucksack and spotty joggers Zara Boys and little chap red canvas shoes Charks. 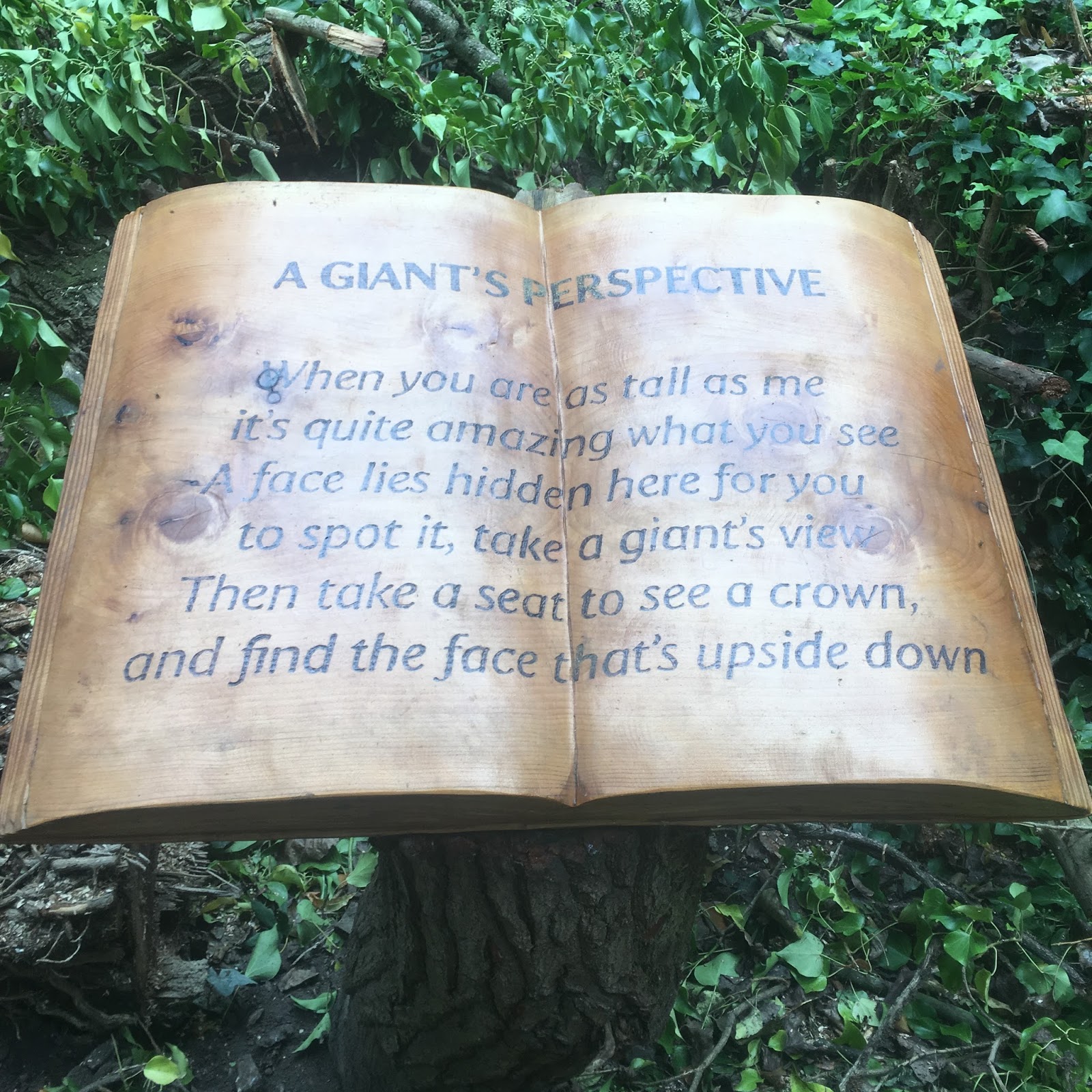 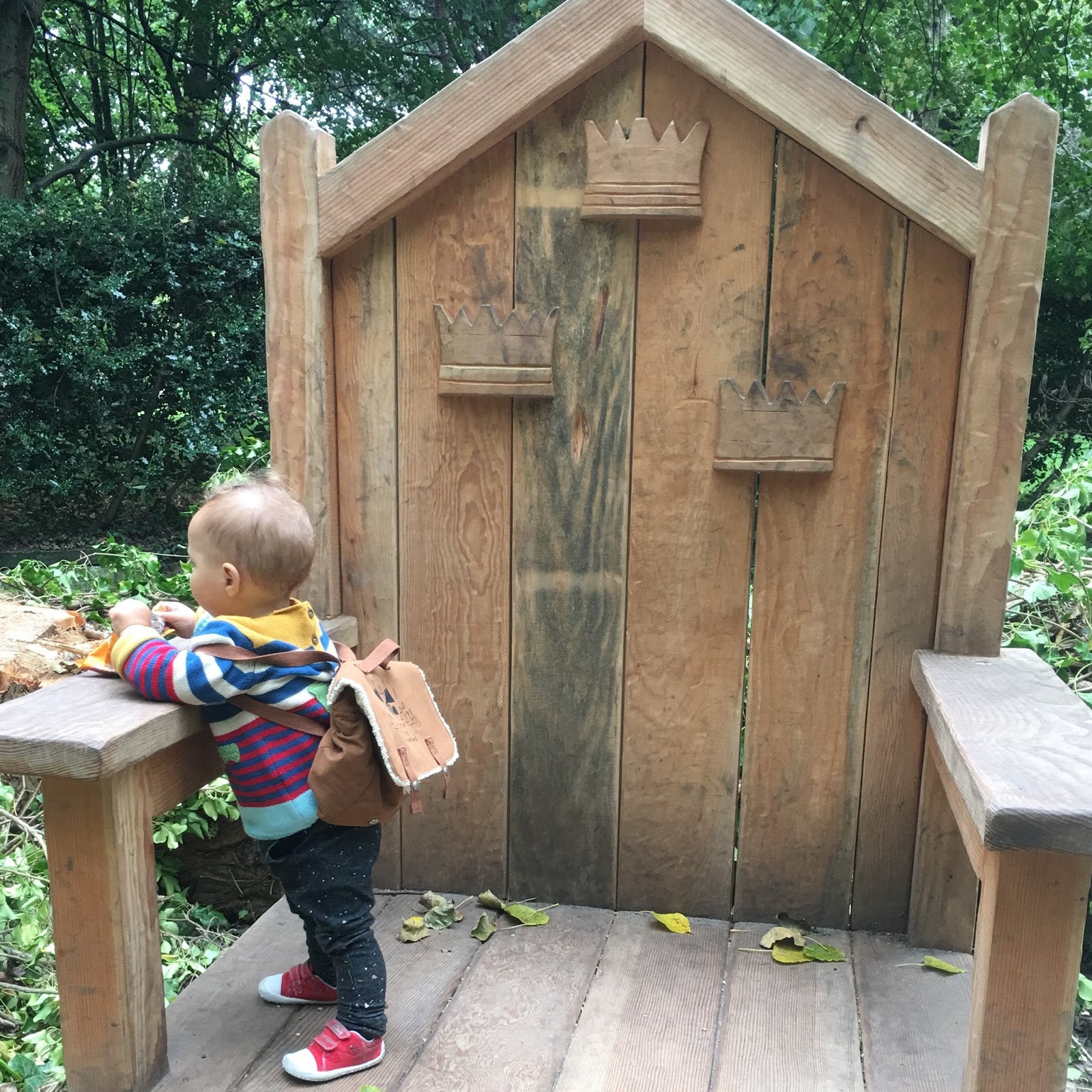 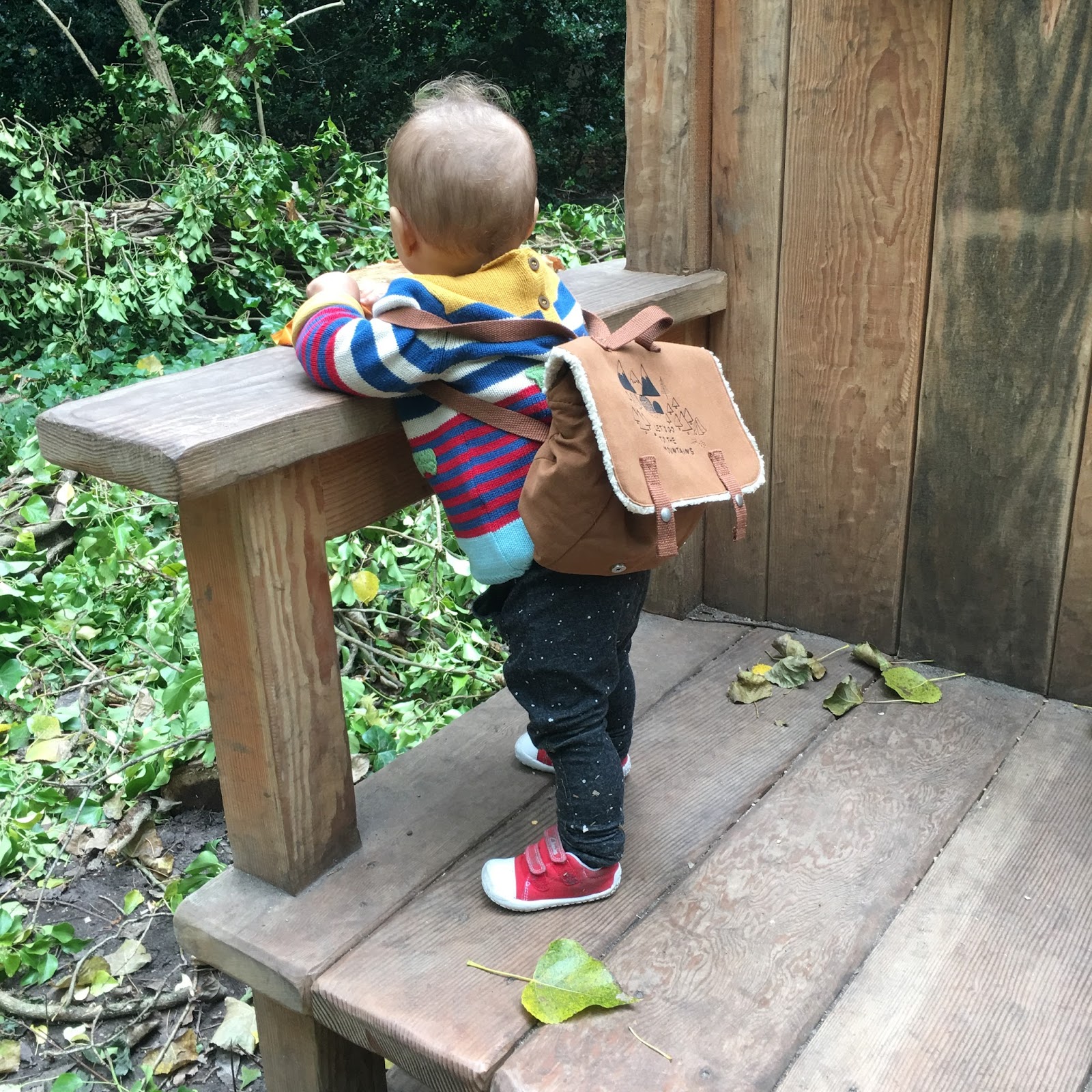 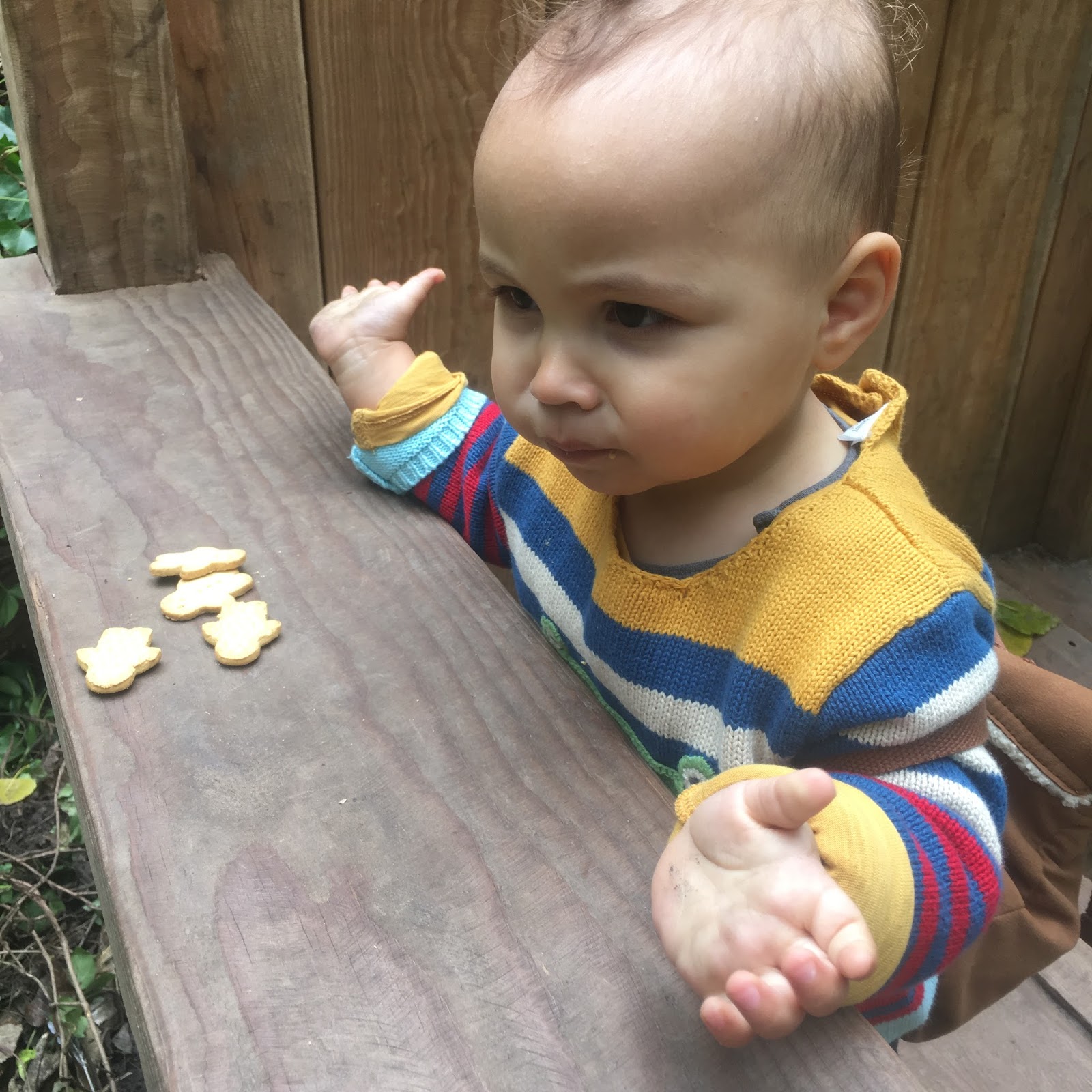 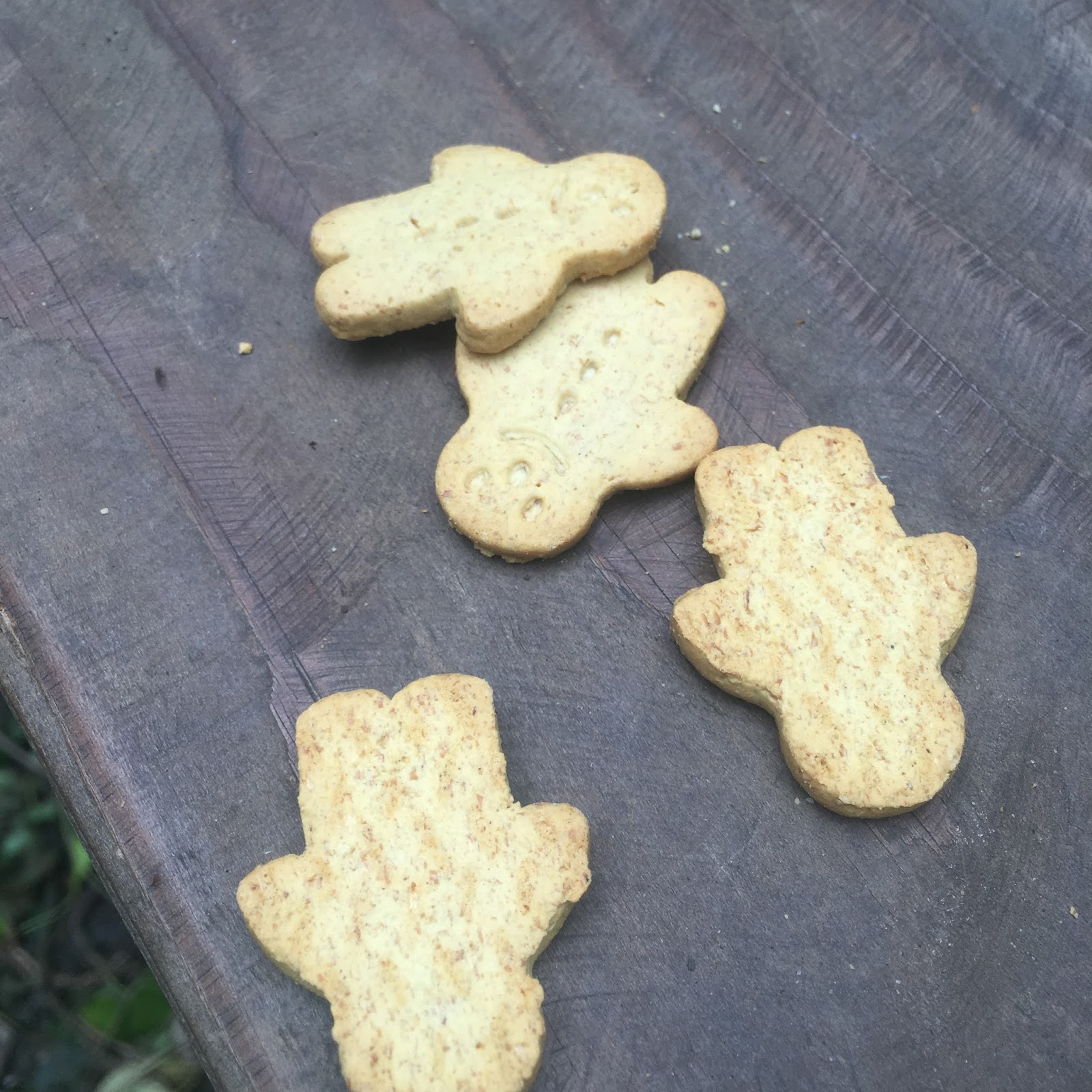 Our next port of call was the The Giant Childe of Hale Play Trail.  The trial is a beautifully crafted walk which tells the story of John Middleton who was 9’3″ tall, a giant of a man who was said to have slept with his feet sticking out the windows on his cottage.

Throughout the walk you can see perfectly placed Giant items that would fuel anyones imagination, especially the big Giant chair that offered a great stopping place for photographs (me) and gingerbread (Henry). Hey I forgot the pram, but not the snacks. Mini bite size pat on the back to me.

After a well deserved rest for my shoulders, we carried on along the woodsy path, Henry getting plenty of walking practice.  Plus for the first time in a few days, he wasn’t scratching away at his legs or face, so the fresh air must have been helping. 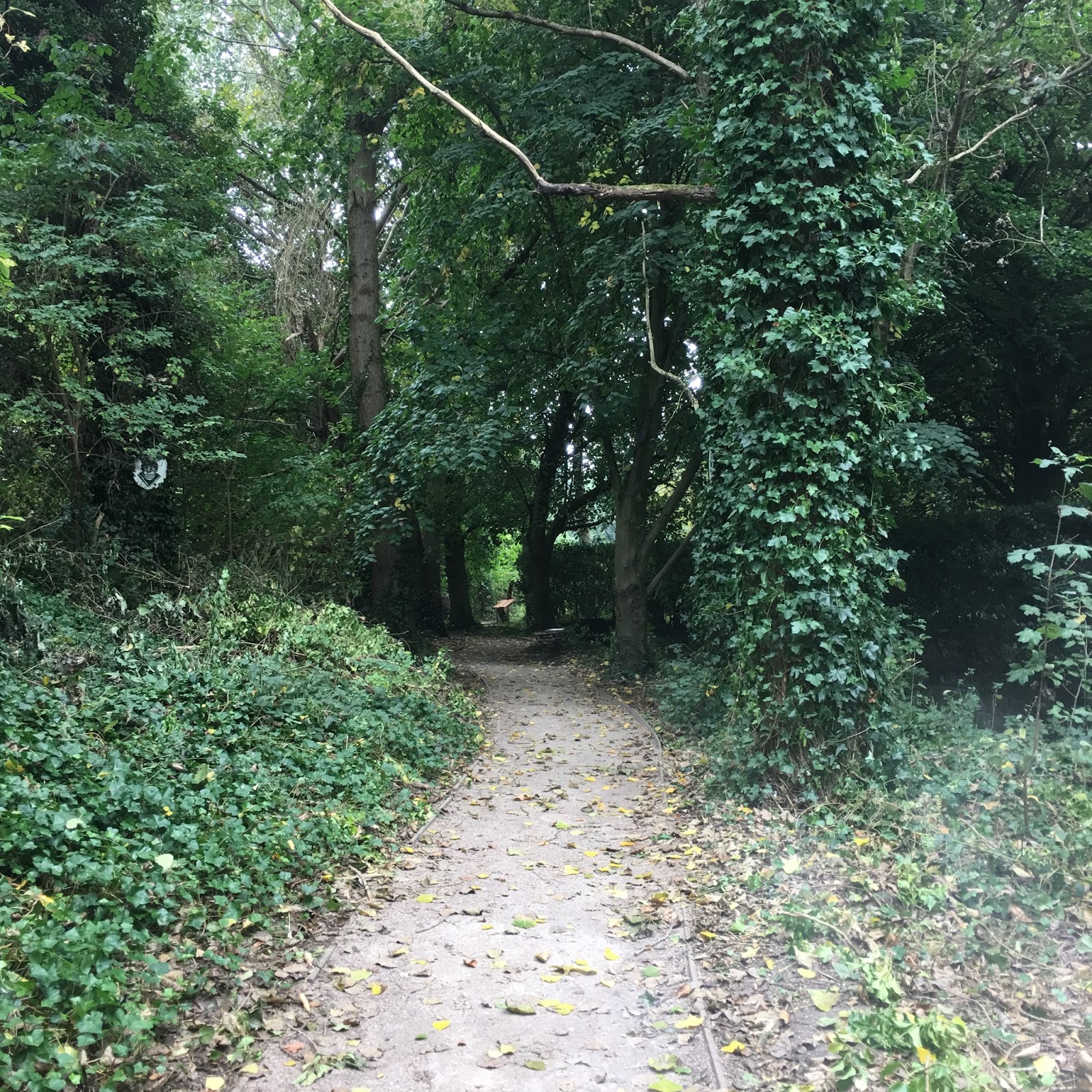 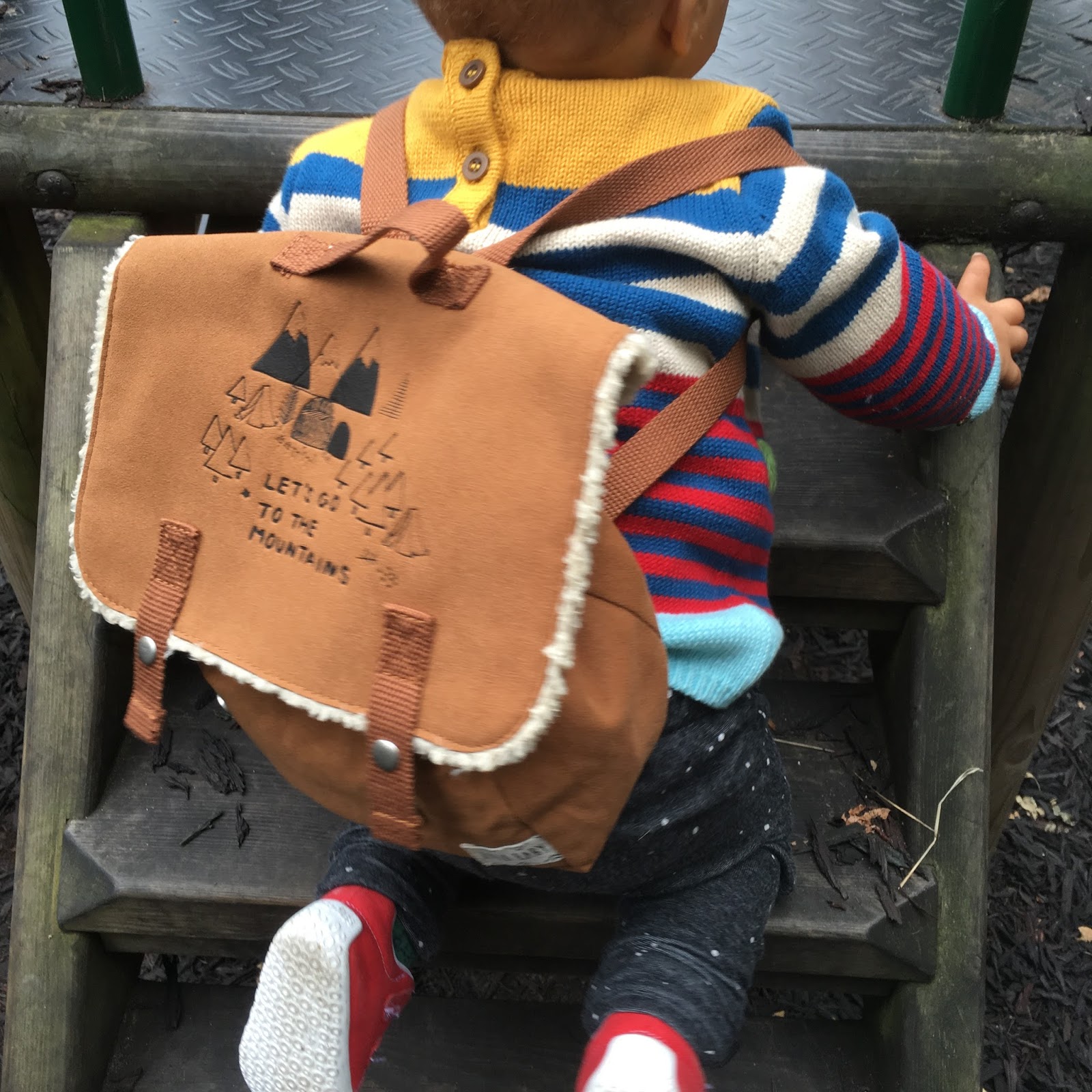 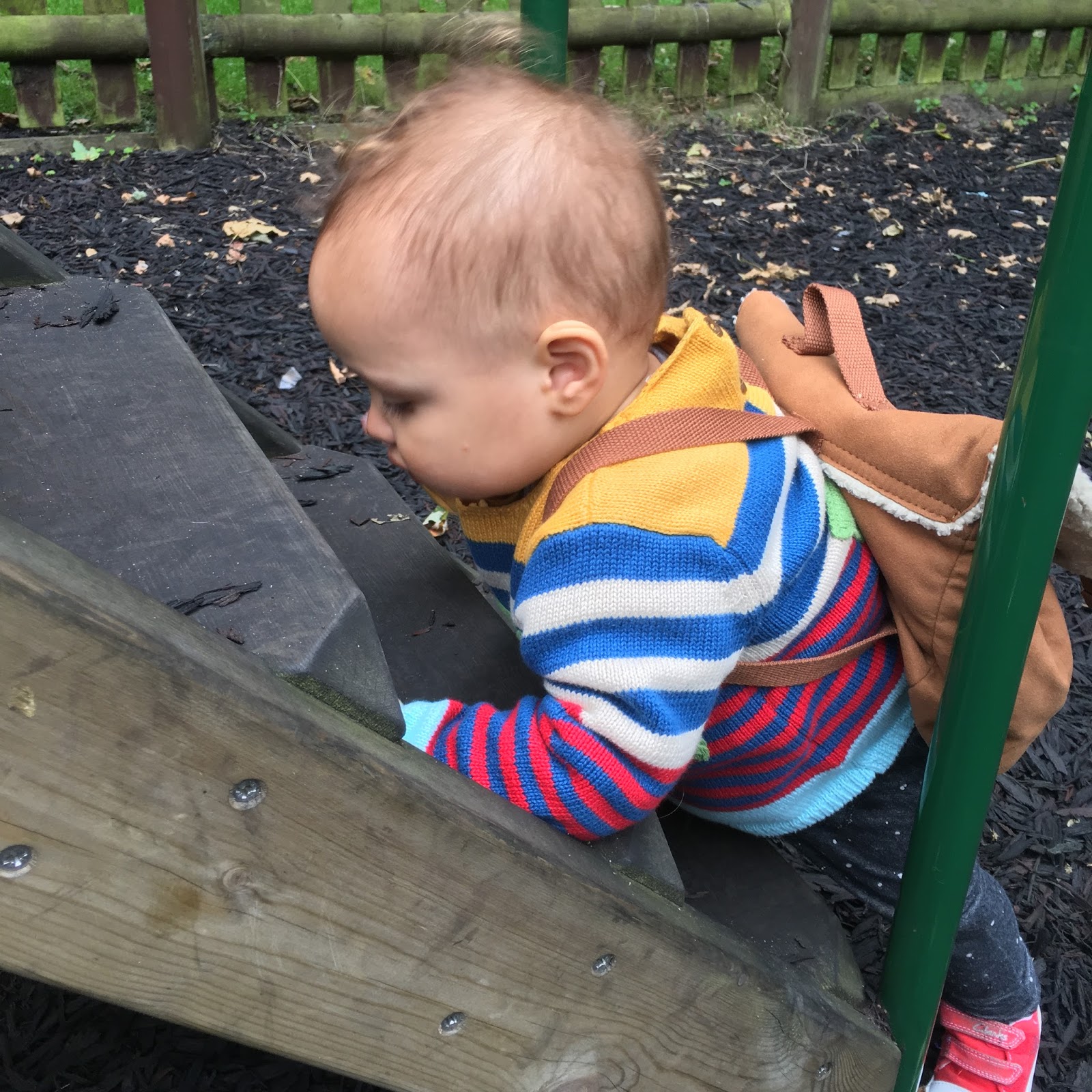 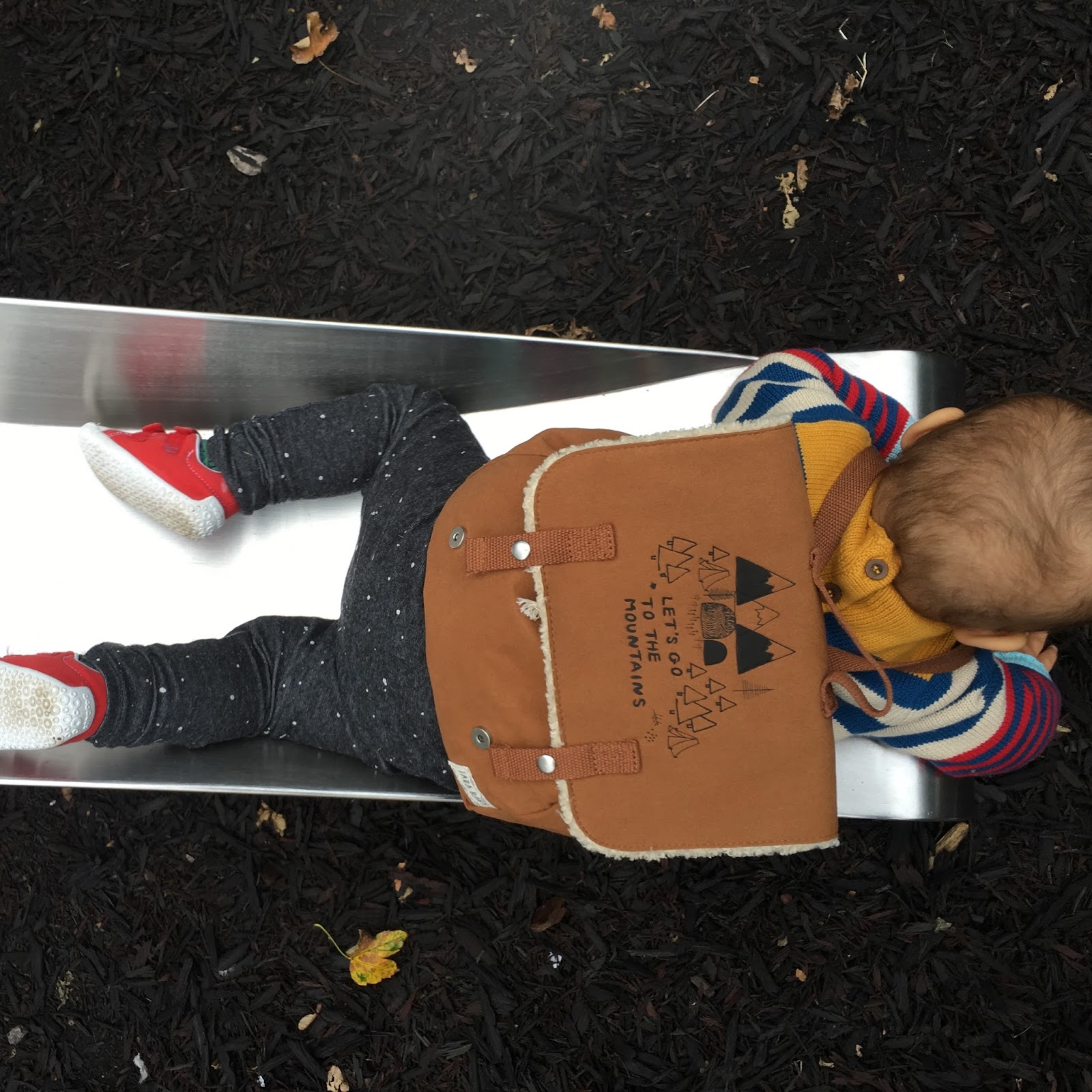 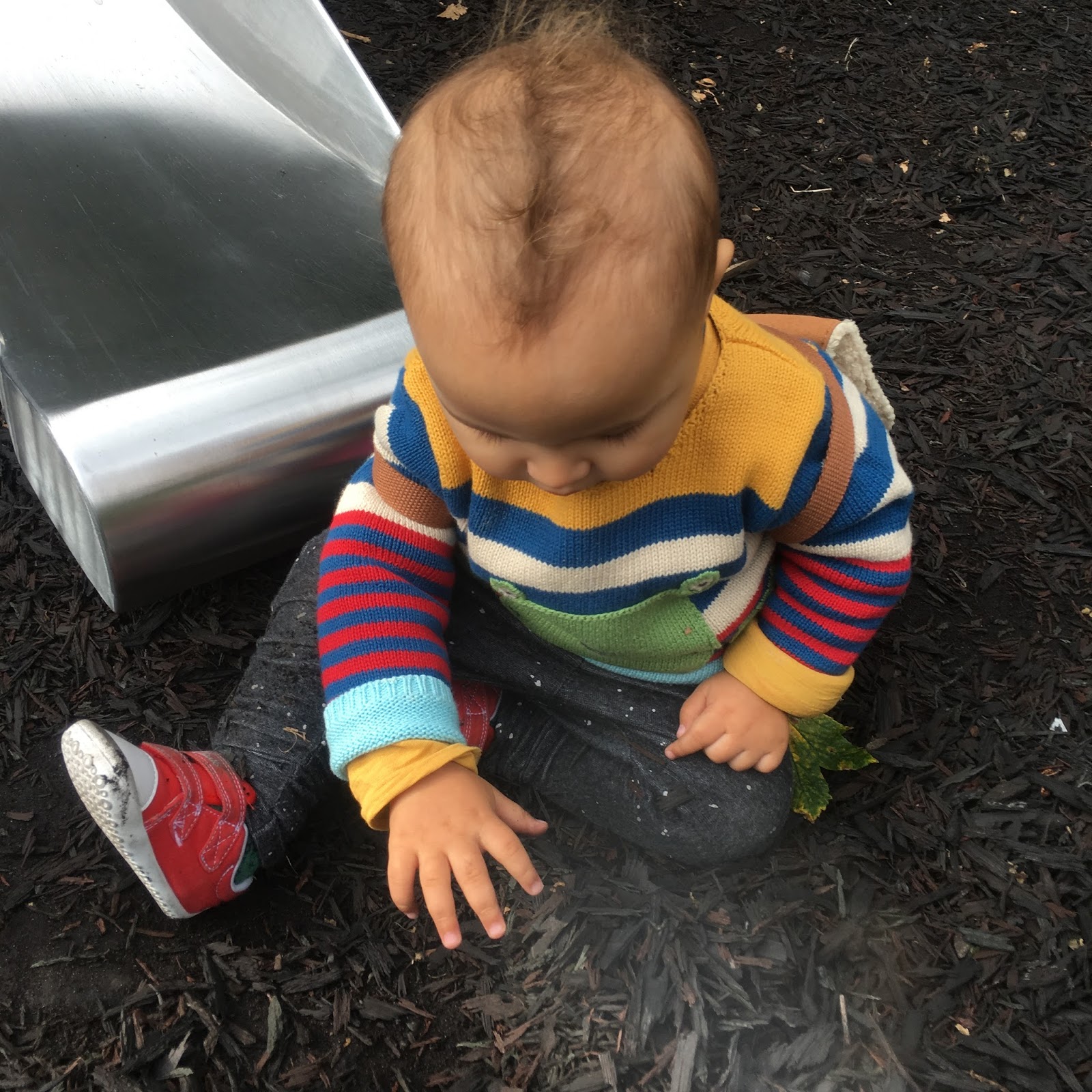 The end of the trail took us to a slide and climbing park to Henrys delight and my sheer horror.  Henry has no fear, so up he climbed onto the big slide, me running behind, before sliding down face first.  He was hooked.  Thankfully there was a smaller more Mummy anxiety friendly version, so I coaxed him over to that.  He enjoyed a good 20minutes of play time before some people arrived with grand children.  Time to make an exit.

But not before we stopped off at the coffee shop for a bowl of scouse (beef and vegetable stew for those not in the know).  Henry demolished his portion and I had 10 minutes of reflection over our little jaunt to Speke Hall.  Once Little Monkey is on the mend I will be for sure taking him back with hubby for a full day out.  This time not forgetting the pram and bringing along a little picnic.  Which I recommend. x