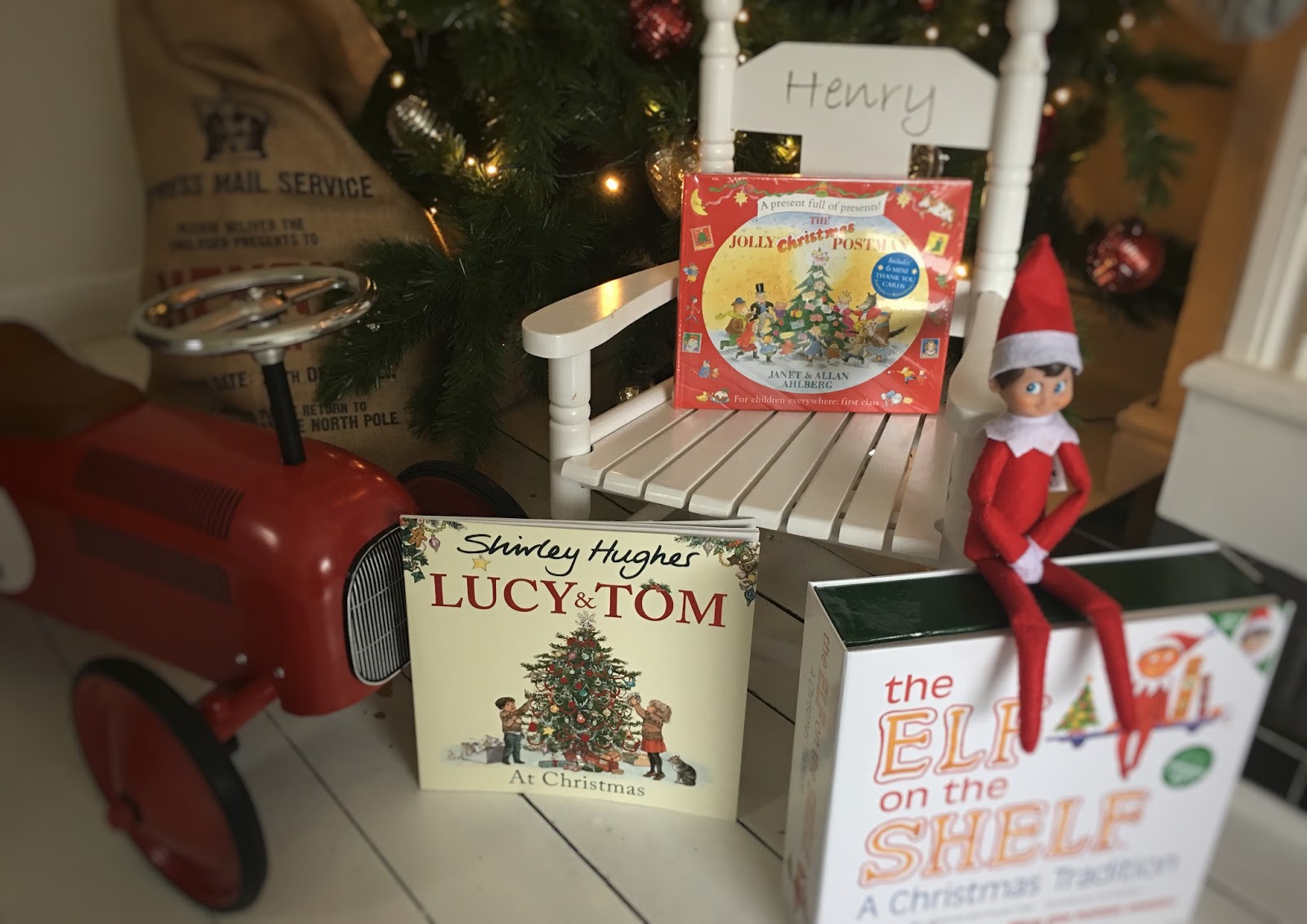 “I don’t want a lot for Christmas, there is just one thing I need

I don’t care about the presents, underneath the Christmas tree.

I just want you for my own, more than you could ever know

Make my wish come true oh, all I want for Christmas is you”

Mariah Carey; All I want for Christmas

This Christmas I have to admit, Little Monkey is being rather spoiled.  A few months back, I worked out that Henry’s nursery key worker, gets to see more of my little guy than I do.  She gets to see him flourish day to day and see him hit new milestones, that I won’t get to see until the weekend.

Its been a tough year work wise with calling in sick due to Henry catching something or other, but despite this, I’ve worked bloody hard.  Travelling back and forth to London almost every week and ploughing on through the day after little or no sleep has left me exhausted.

So when it came to buying Henry’s Christmas presents I thought, sod it, I’m going to treat Little Moo with all the pennies I’ve earned whilst missing him.  Growing up we always had a big present.  That one big special gift you had circled in the Argos catalogue that year.  For Henry that big gift comes in the size or a Little Red Racing Car from Hedgehog. 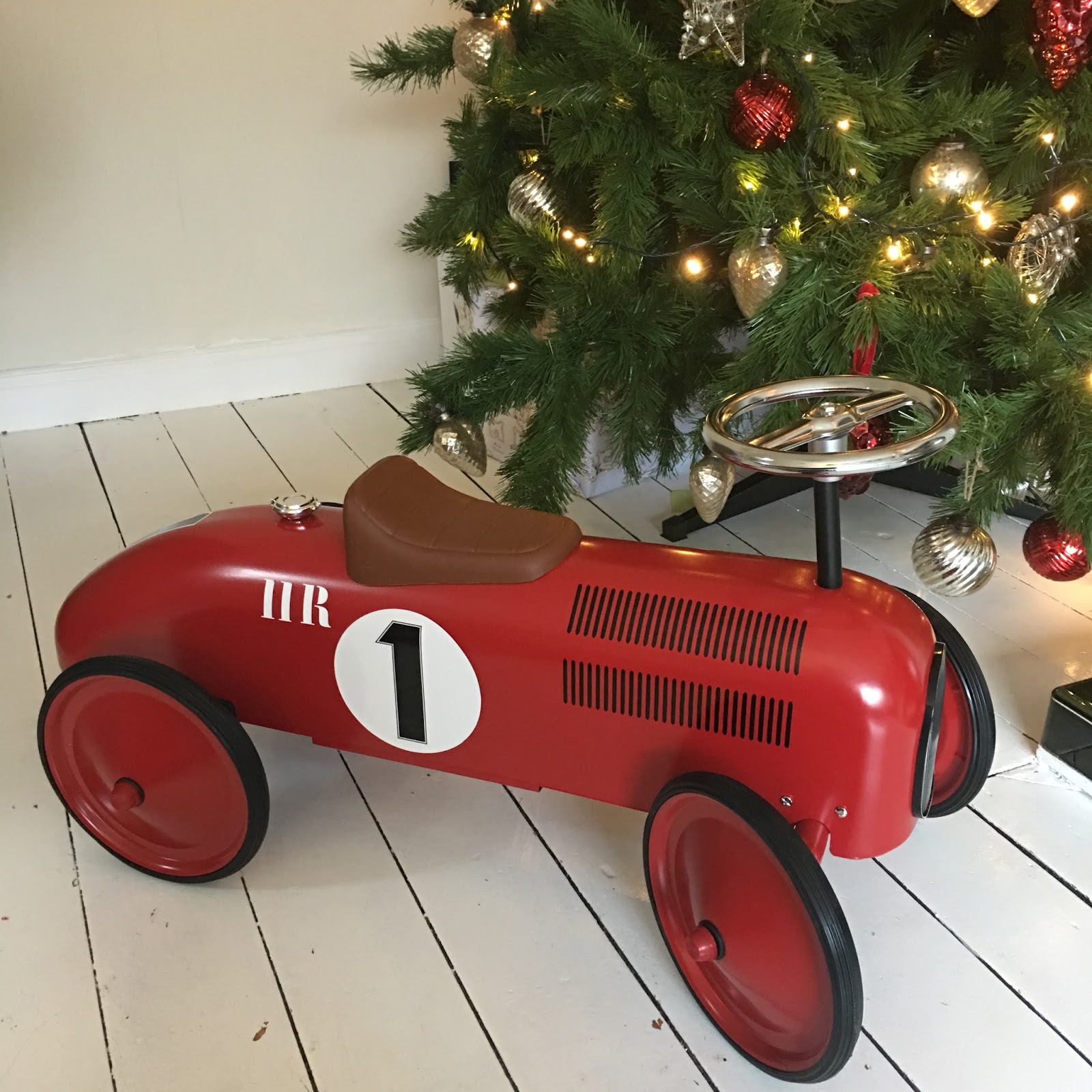 This little ride on car is prefect for my little brum brum loving toddler, especially as he adores snuggling up to his Daddy to watch Formula One racing.  Last year Henry was still very much a baby, however this year his personality and likes and dislikes are coming through.  He just loves watching George (Peppa Pigs little brother) racing around the garden in the car his Grandpa built him.  So when I came across this retro steering car, I knew it was perfect. 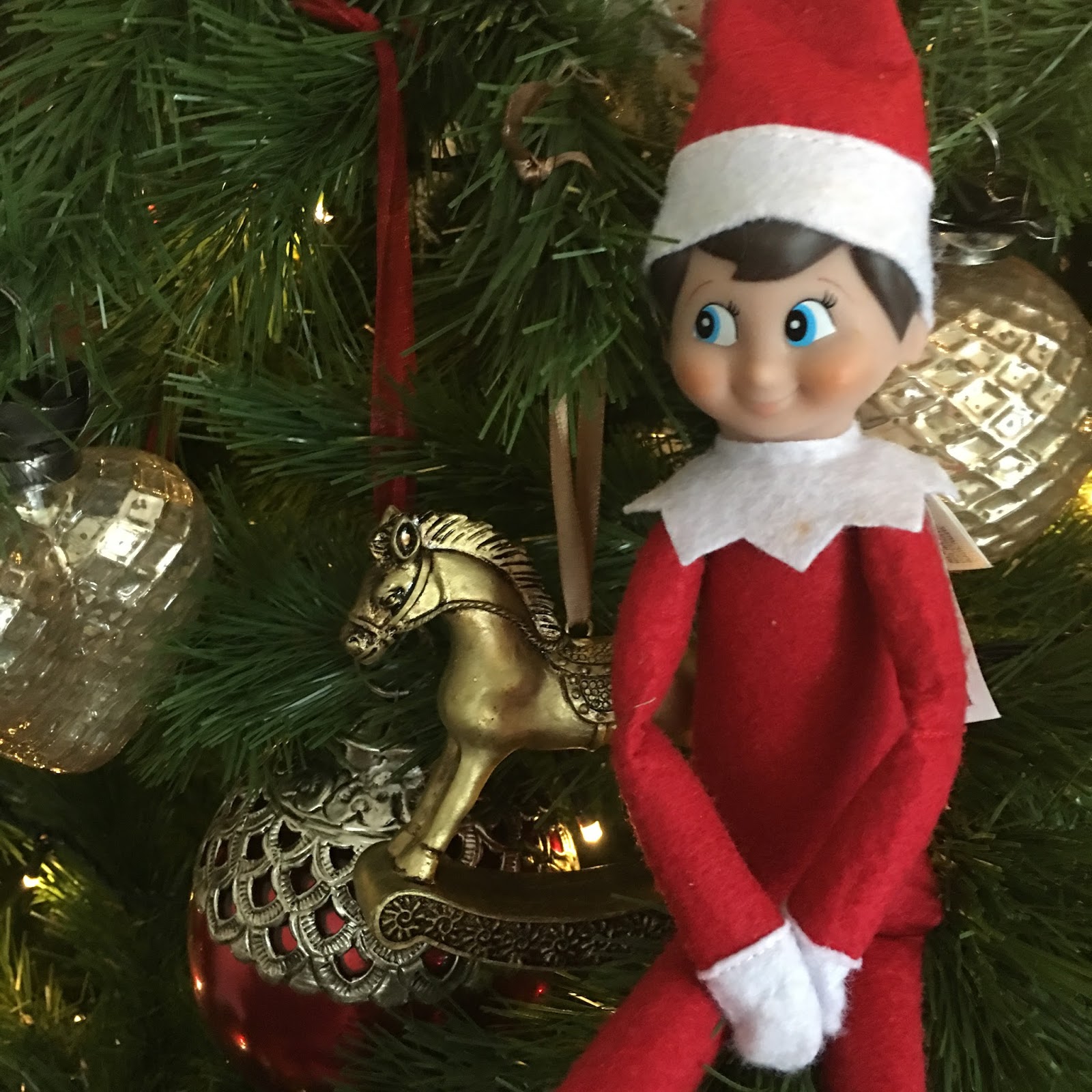 The next gift we purchased for Henry was the little Christmas tradition know as Elf on the Shelf.   I’d never heard of Elf before however, I have to admit I became sucked in whilst watching friends get creative, with this blue eye’d doll.

Along with Elf comes a children’s book explaining the story of Santa’s scout elves, who are sent to spy on our little rascals on behalf of Santa.  The elves have secret magic hat allows them to fly to the north pole each night to tell Father Christmas about all of the day’s adventures and that’s how Father Christmas knows who’s been naughty and who’s been nice.

Henry is too young to understand this part, but he absolutely loves playing “where is the Elf” each morning when we go downstairs.  When Henry first met Elf (we haven’t named him yet, which is part of the tradition) he gave him the biggest hug and kiss before covering his nose and saying “poooo”.  This is a great gift that we can use for future Christmas’s. 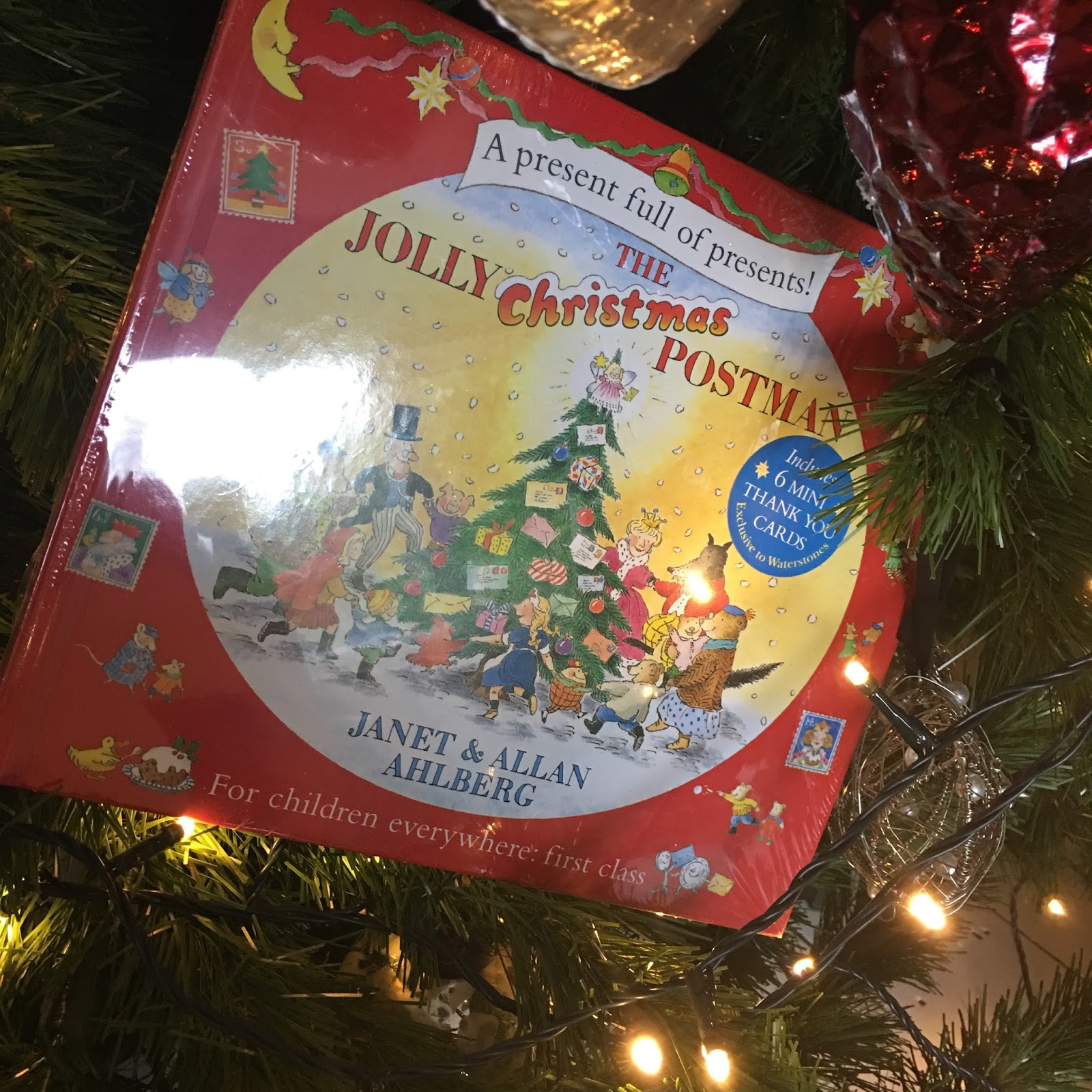 One of my favourite books to read Henry is called Peepo by Janet and Alan Ahlberg.  It tells the story of a little baby and what he can see before him throughout the day.  Its a beautiful book so I was over the moon when I came across The Jolly Christmas Postman by the same authors.

The story is about a Jolly Postman who delivers greetings to various fairy-tale characters on Christmas eve.  I’ve decided to give Henry this book on Christmas eve and snuggle up to read it to him before bed.  I love the idea of creating new family Christmas traditions and I think this will be one of my favourites. 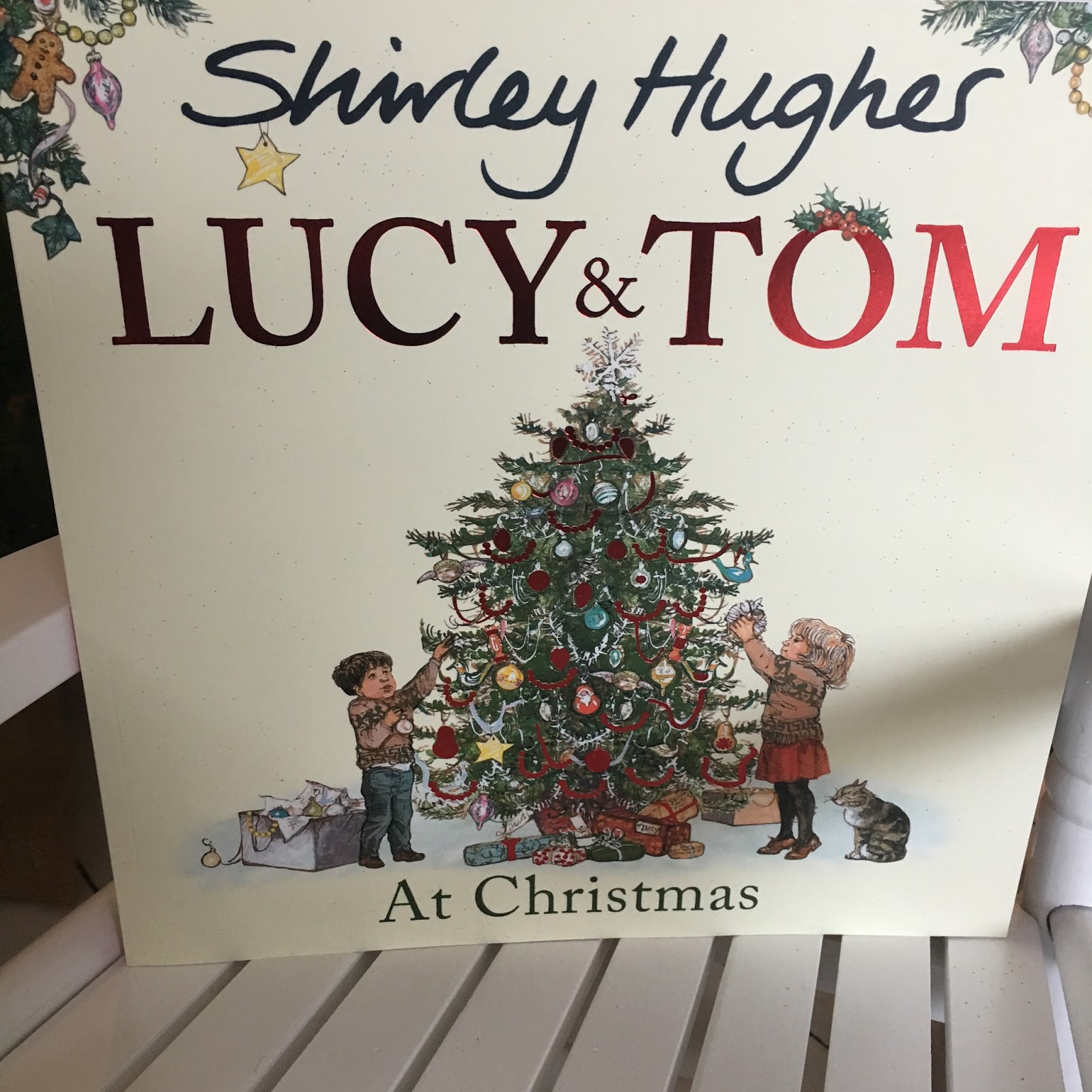 Next up is another book.  When I was looking for potential presents for Henry, the clever people at Waterstones had devised a list of The best children’s books for Christmas.  Amongst the list was Shirley Hughes Lucy and Tom at Christmas book.

This classic picture book has the perfect story for building excitement about Christmas.  Most of the time Henry won’t allow me to read a whole book, however he will sit and look at pictures and point out things I’ve asked him to find.  So the imagery in this book is just perfect. 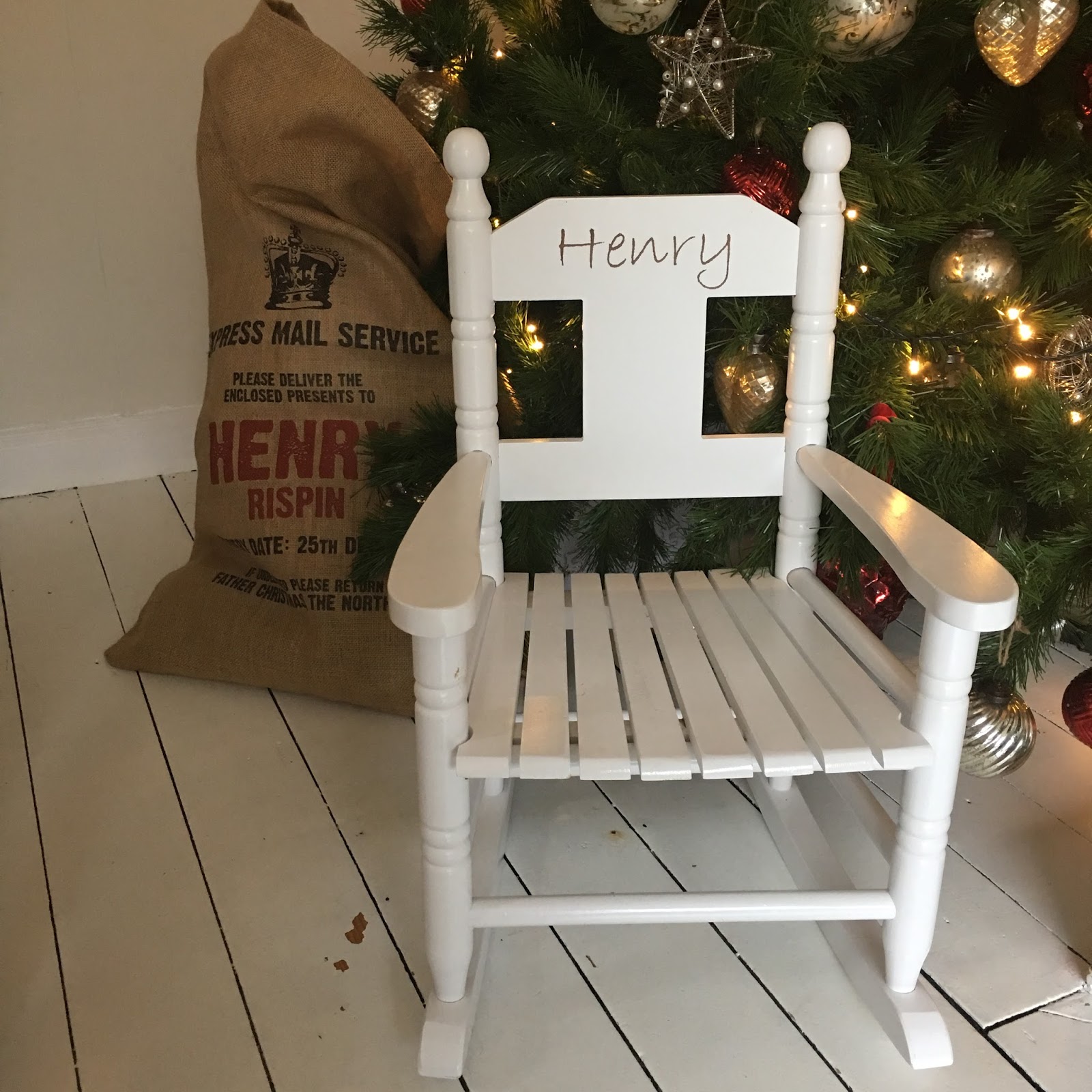 The next gift is something that Henry received last year from his Nana and Grandad and something I couldn’t not recommend.   Its a little personalised rocking chair from My 1st Years.  Henry adores rocking away in his little chair whilst he drinks his milk or watches his favourite cartoons.  A year on its still in perfect condition and is used a lot by Henry.  It currently has 30% off also, therefore not to be missed.

Alongside this gifts from us, his Grandparents have bought him clothes or arts and crafts bits.  My Mum has bought Henry a easel from Mothercare, alongside paints, chalks and a messy mat.  I love it when Little Monkey gets creative, so looking forward to seeing what he creates over Christmas.  Probably a mess.

So thats everything and yes I know the big gift in particular is a luxury, but every time I see Henry take a chunk out of my walls or run my toes over, it will remind me how hard I work to give him something special.

Merry Christmas from Peonie & Me x